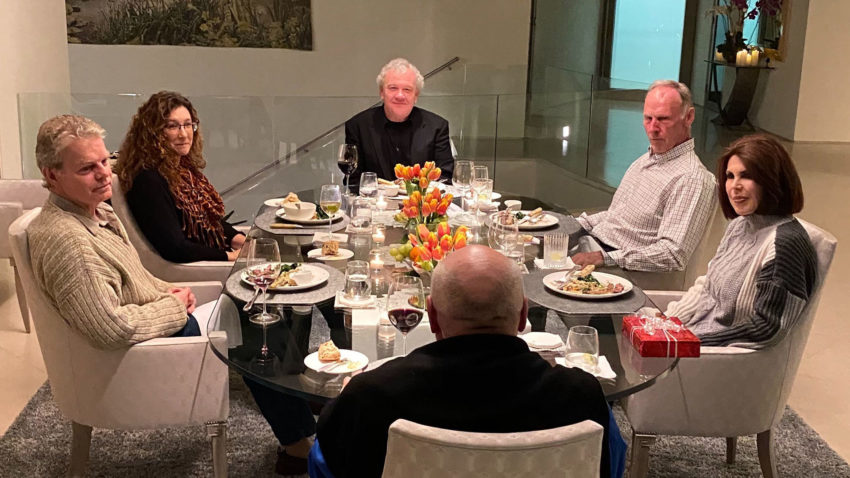 James Valliant and a few close friends joined me for dinner last Wednesday, and we discussed James’s latest book, Creating Christ: How Roman Emperors Invented Christianity, as well as his earlier book, The Passion of Ayn Rand’s Critics.

I recently read Creating Christ and found it fascinating. The book’s basic thesis is that Christianity was created by the Romans in order to convert messianic Jews to a more peaceful religion and thus to control them. Jim and his co-author, Warren Fahy, present voluminous and compelling evidence in support of this thesis, and they make a convincing argument.

I was excited to hear that the book is receiving critical acclaim, is selling well, and that a documentary is planned. I think this book could have substantial impact on the culture, shaking the foundations of 2,000 years of Christian teaching and the religion’s vast infrastructure. I highly recommend the book.

I love it when Objectivists use our methodology to elucidate important issues and make a difference.

Join my email list to receive notice of new posts.